Czech Republic won’t be at the World Cup 2022 tournament in Qatar later this year after they were beaten by hosts Sweden in the playoffs. The Czechs had qualified for the World Cup 2022 playoffs in the European region through the UEFA Nations League. They were unable to make it through to the playoffs via their qualifying group after finishing third behind Wales and Belgium. On their part, Sweden made the playoffs after finishing second behind Spain in their qualifying group. 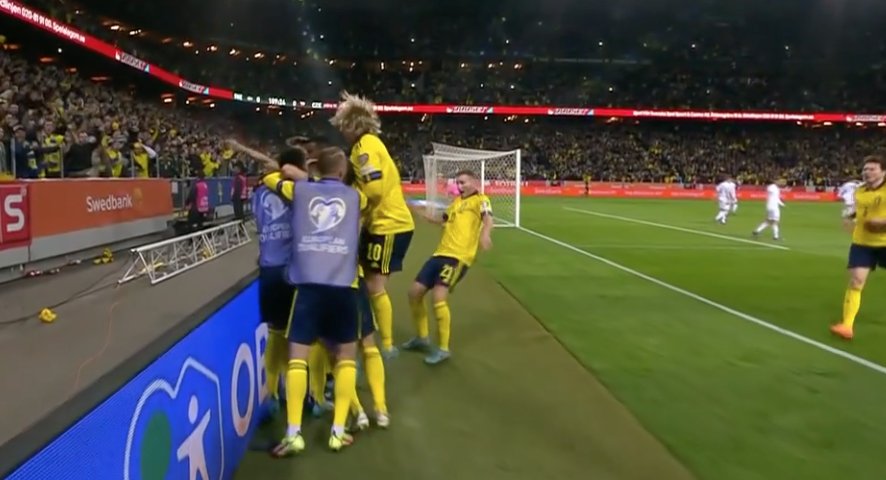 Sweden and the Czech Republic were drawn in path B of the World Cup 2022 playoffs in the European section alongside Russia and Poland. Months later from the playoff draw, Russia were disqualified after president Vladimir Putin masterminded the invasion of Ukraine. To this effect, hosts Russia were walked over by Poland with the one-legged playoff game billed for the VTB Arena in the Russian capital of Moscow cancelled.

Poland used the opportunity of their cancelled game with the Russians to play a friendly with hosts Scotland in preparation for their playoff final clash with the winner of the playoff semifinal tie between hosts Sweden and the Czech Republic. The Polish team needed a late goal to secure a 1-1 draw with Scotland in their friendly encounter played at Hampden Park in Glasgow on Thursday.

While Poland were taking on the Scottish team in an international friendly, hosts Sweden were battling with the Czechs to determine who will face the Polish team. At the end of the game at the Friends Arena in Solna, home team Sweden came out on top via a 1-0 victory over Czech Republic. The Swedes needrd extra time to see off their playoff semifinal opponents with striker Robin Quaison getting the only goal of the game on 110 minutes.

Sweden will now take on hosts Poland in the playoff final in path B on Tuesday for a place at the World Cup 2022 tournament on Qatari soil.