“We want to build a legacy in football in this country and by keeping our very best players, we are taking a huge step towards that aim,” the chair of the club Scott Barlow said confirming the deal. END_OF_DOCUMENT_TOKEN_TO_BE_REPLACED 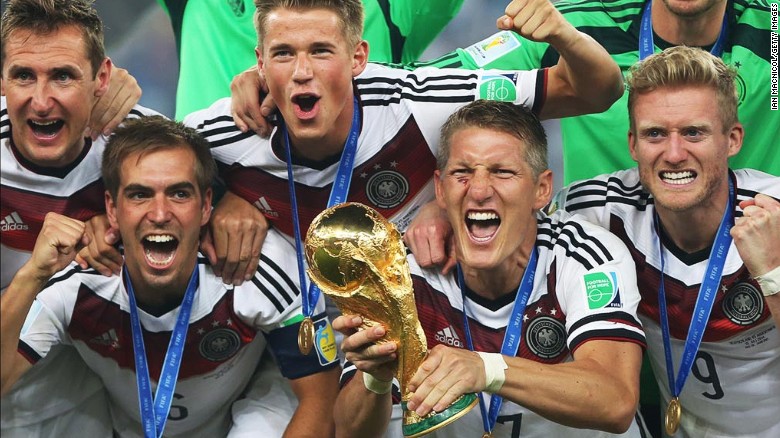 Ozil is entering into the final 18 months of his contract with Arsenal and there is a lot of uncertainty surrounding his future. The midfielder has claimed that he would stay at the Emirates Stadium only if the future of Wenger was sorted out. It is highly anticipated that he leaves Arsenal, he will be heading to Manchester United to be reunited with his former boss Jose Mourinho. END_OF_DOCUMENT_TOKEN_TO_BE_REPLACED

Top German talent, Mario Gotze could be leaving Germany this summer in a proposed move to Liverpool.

The midfielder is poised to become Liverpool‘s marquee signing of the summer based on latest reports from Anfield. The 23-year-old set to take up a key role in Jurgen Klopp’s attacking system on Merseyside. The player is also reported to be keen on joining his former boss at Borussia Dortmund.

Gotze is said to favour a “fresh start” with the Liverpool boss. The Germany international told Bild earlier in April that he may not make a decision over his future just yet:

“I don’t have a concrete schedule. I can’t say whether a decision about my future will be made before or after the European Championships.

“I know that for instance [Dortmund captain] Mats Hummels has said he wants clarity before the tournament, but Toni Kroos [in 2014] only made his decision [to join Real Madrid from Bayern] after the World Cup. Everything’s open.”

As Carlo Ancelotti takes over from Manchester City-bound Pep Guardiola, Gotze remains likely to leave the Allianz Arena this summer. He was poached by Bayern Munich in 2013, but things haven’t worked out for him. The player has also fallen out of under Pep Guardiola. END_OF_DOCUMENT_TOKEN_TO_BE_REPLACED

Barcelona goalkeeper Marc-Andre TerStegen has managed to win the treble in his first season had the Spanish club. His list of trophies won this campaign includes the Champions League along with the la Liga title.

He has been impressive in goal and has been able to keep his position in the team ahead of Claudio Bravo. The 32-year-old goalkeeper came on the back of an impressive campaign with Chile at the World Cup 2014, but he has been unable to break into the first-team due to the impressive performances fromTerStegen. They have certainly not gone unnoticed, as Germany manager Joachim Loew stated that he is impressed.

Despite a stunning campaign, it remains to be seen ifTerStegen will be able to break into the national team during the presence of Manuel Neuer. The 23-year-old has been given a glimmer of hope with the recent wobbles shown by the Bayern Munich star.TerStegen continues to remain in the under 21 squad and it may not be long before he is called up for the senior team. Germany have an impressive line-up of goalkeepers at the moment and their situation has been compared to that of Spain, who had Iker Casillas, Victor Valdes, and Pepe Reina all fighting for a first-team spot during the peak. END_OF_DOCUMENT_TOKEN_TO_BE_REPLACED

Germany’s performances post their World Cup glory have not been top class if they are analysed honestly.

They have had a couple of shocking results, but, there is no sense of panic in the team management.

According to Oliver Bierhoff, one of the key men in the decision making set up of the World Champions, the head coach is trying to deploy a new system and the players need time to adjust to it.

In most of the games recently, Germany has not played a central striker upfront. Their formation has been 3-4-3 which is pretty different from what it was in Brazil.

And, this formation does not seem to be working at all. The results versus Poland and Ireland were largely due to it. The players looked clueless. Most of them were unsure what they were supposed to do and in such situation, when the individuals don’t clearly know what kind of role they are performing, it’s always difficult to put on a good team effort.

According to Bierhoff though, it’s about a bit of patience at this point of time. END_OF_DOCUMENT_TOKEN_TO_BE_REPLACED