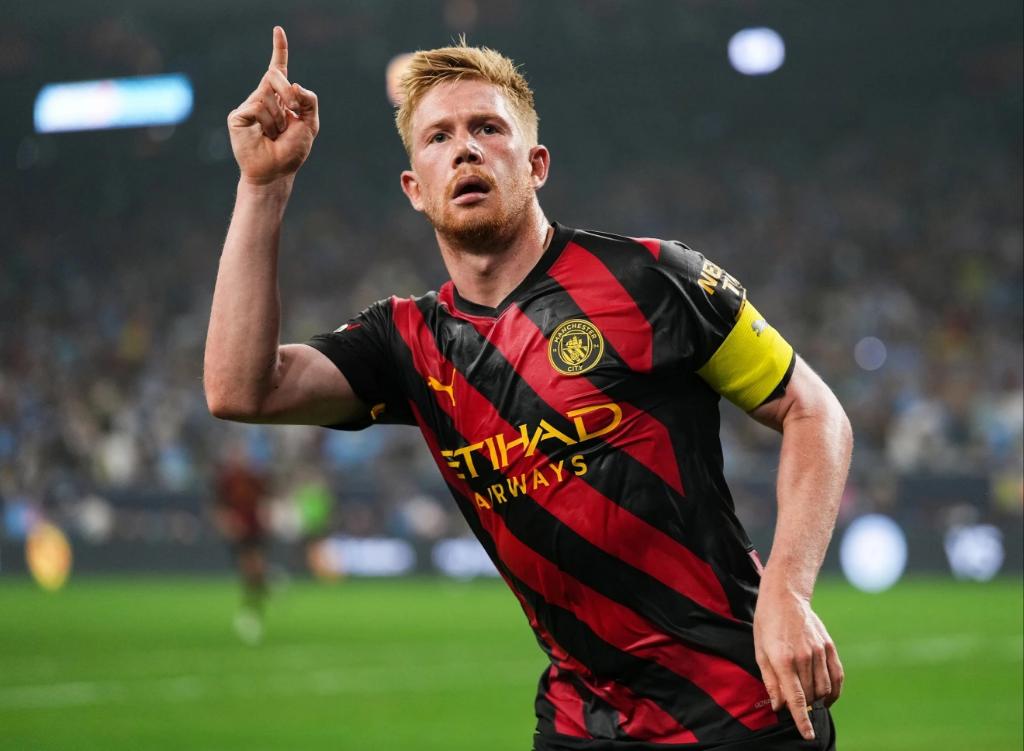 De Bruyne was in fine form as he scored twice in the first half to lead the Citizens to a slim victory in their first pre-season game this summer. The attacking midfielder is a key player for club (Manchester City) and country (Belgium). He’s expected to be one of the leading players for Belgium at the World Cup 2022 tournament on Qatari soil. De Bruyne and his Belgian teammates would be hoping that the World Cup 2022 tournament is different as they have failed to reach a final of a major tournament despite the array of stars in their ranks. The World Cup 2022 could be the last chance for the golden generation of Belgian football to make a big statement at a major tournament. It could be the last major tournament for important players such as Kevin De Bruyne, Eden Hazard, RomeluLukaku and Toby Alderweireld as far as the Belgium senior national team is concerned.

For the Club America game, De Bruyne scored the opening goal on the half-hour mark before Henry Martin scored the equaliser for the Mexicans two minutes from the half-time break. De Bruyne and City still had enough time to go into the break with a lead and they did just that thanks to the Belgian international. He scored in first half added time off the assist from Algerian star Riyad Mahrez to ensure that the Premier League holders had a lead ahead of the second half. The second De Bruyne goal was a significant one as it turned out to be the winning goal.

Manchester City are next in action on Saturday night when they take on Bayern Munich in another pre-season friendly game.